Want To Boost Your Confidence? Focus On Courage.

“I want to be a more confident leader,” is a goal that my clients often bring to our coaching sessions.

But that advice is hugely unhelpful because the ‘becoming confident’ goal is not a good idea.

According to the Marriam-Webster Dictionary, the definitions of confidence and courage are:

“def. Confidence: a feeling or consciousness of one’s powers.”

Do you see the difference?

A feeling or consciousness of one’s powers, in the definition of confidence, means that you almost know the outcome. But how would you know your powers if you haven’t put them into use?

So, instead of focusing on boosting confidence, let’s talk about courage.

I define courage as the secret ingredient to acting, despite your fears.

When you exercise courage consistently, the foundation of confidence will form. You become confident by pushing through psychological discomfort when you show up, regardless of the outcome. As you keep pushing through this process, you will reshape a story of your identity that will help you believe in yourself and transform into the person you wish to become.

In our first coaching session, Maria shared her desperation about a “wrong career choice” – in her words. She realised that she was chasing her father’s aspiration to work at a prestigious multinational company, not her own dream. She reached a mid-senior position in the marketing department at a big tech company; her career progression was going well.

Despite this, she told me, “I am dying inside. I had a big dream to express my creativity through my marketing role, but I realised that marketing is not what I want to do. At least, not in a giant company where there are so many things that kill my creativity. I feel I am here in this world to do something much bigger. But I am even embarrassed to say it as I don’t have any backup plan. All I know is that I can’t do this job for much longer. And I also can’t quit my job. I don’t see quitting my job as a smart move. I have never been unemployed. I am stuck.”

Most of us experiencing a major career or life transition know the feeling of uncertainty and confusion. Once again, we cannot completely avoid fear. We start questioning, “Have I made the right choice? What is the right choice? How do I know that new will be better?” and so on…

On the one hand, we crave change and something bigger to come; on the other hand, we want to hold on to what we know and keep our existing identity. We seek a new narrative, finding ourselves between the past and the uncertain future. Our soul is searching for a new compelling story to emerge, to reassure us that we know where we are going and that this space ‘in between’ leads to a more purposeful career and life.

What was Maria’s journey?

Before deciding on any firm goals and action plans, Maria revisited her values, top strengths and worked on aligning them with the vision she had for her career and life. She dug deeper into her beliefs, fears and invalidating thoughts that helped her address unhelpful stories she’d constructed in the past.

Maria saw a very appealing career option that would lead her to a start-up space dedicated to educating future engineering and science leaders. She began to consider moving into a Tech-Ed career space, but she wasn’t quite ready to make that change.

Instead, she moved to a smaller company where she felt she could still apply everything she had learned in the marketing and tech industry. Working in a familiar area and using her existing expertise gave Maria a sense of security and psychological safety.

“By this time, it was clear that I wanted to move on to something different,” she said, “I still needed to build more confidence before taking a bigger chance of jumping to the entrepreneurial path. So, I decided to stay in a tech environment, which I knew well, and move to a smaller company that gave me more freedom to express my creativity and be involved in the full product development cycle. I also applied to the entrepreneurial summer school, thinking it would make me more prepared to find investors for my dream start-up.”

Still, Maria agonised for months over whether to focus exclusively on school and do an executive MBA. On the other hand, she felt that it wasn’t wise to quit a job without having alternative jobs lined up or her business plan details worked out.

Three incidents made up her mind:

These three events prompted her to quit her job, build a meaningful partnership and pursue a part-time executive MBA.

Maria’s story, with its turning points, illustrates the importance of the shifting leadership identity cycle.

Yes, she worked relentlessly inside-out to discover her dream and bring it to reality. But during this transition, which lasted for 20 months, she made good use of everything that came her way.

Maria’s story demonstrates what courage is about. She reshaped her leadership identity by crafting a new compelling narrative and built confidence through taking courageous actions.

When you try new things and stretch your limits, you will find that you are the one who sets the limits. You realise that you are capable of so much more than you ever believed.

Therefore, the next time you’re telling yourself, “I need to be more confident,” change it to “I am ready to be courageous and take action.”

Which risks am I ready to take this week – to experiment without being ‘hit hard’?

What is one courageous action that I will take today?

Stay awesome and keep me posted about your progress. 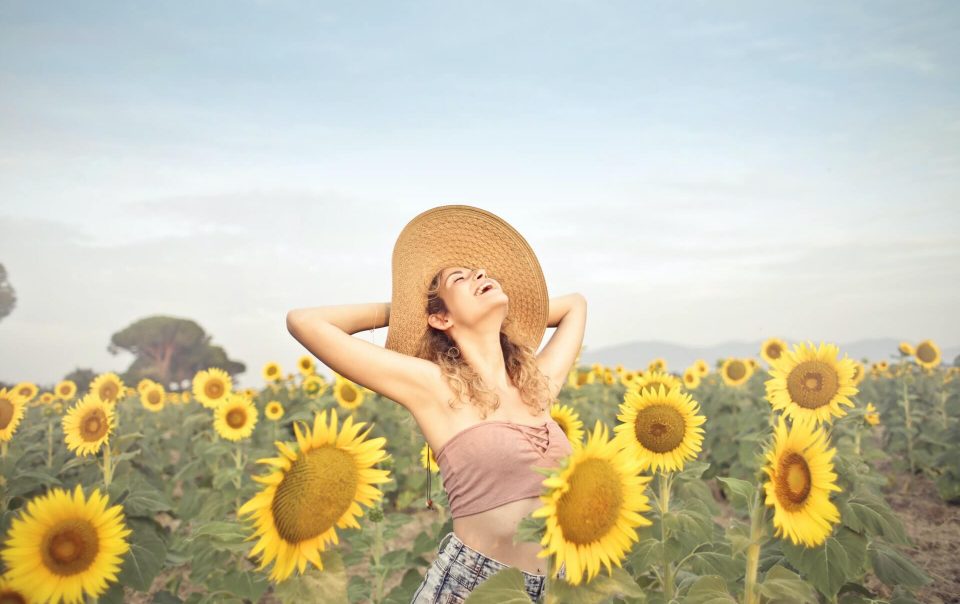 The Beginning Of Personal Transformation

You have explained everything so well through the story that you have putten up. I actually learned the main difference between the two and that is really helping me so well. Thank you so much for putting up this post. 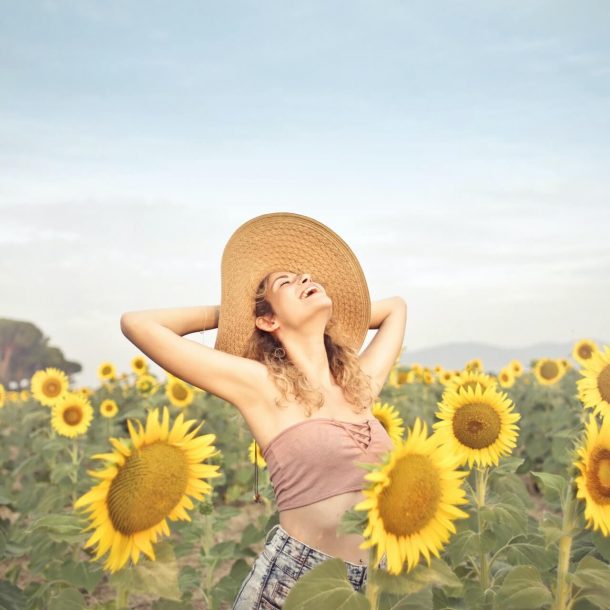 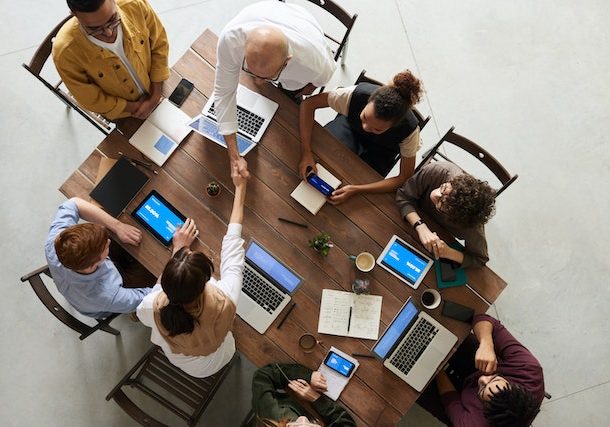 Marina Jankovic is a Master Certified Coach (MCC ICF) and an expert on women's leadership. She is the author of the book Your Time to Shine: Awaken Your Greatness to Shape the World.

Are we linked on LinkedIn, yet? Use the button below to connect, then subscribe for my newsletter.
Linkedin
Facebook Twitter Linkedin Instagram
Copyright © www.marina-jankovic.com. All rights reserved. Powered by ND Design
We use cookies on our website to give you the most relevant experience by remembering your preferences and repeat visits. By clicking “ACCEPT ALL”, you consent to the use of ALL the cookies. However, you may visit "Cookie Settings" to provide a controlled consent.
Cookie SettingsREJECT ALLACCEPT ALL
Manage consent

This website uses cookies to improve your experience while you navigate through the website. Out of these, the cookies that are categorized as necessary are stored on your browser as they are essential for the working of basic functionalities of the website. We also use third-party cookies that help us analyze and understand how you use this website. These cookies will be stored in your browser only with your consent. You also have the option to opt-out of these cookies. But opting out of some of these cookies may affect your browsing experience.
Necessary Always Enabled
Necessary cookies are absolutely essential for the website to function properly. These cookies ensure basic functionalities and security features of the website, anonymously.
Functional
Functional cookies help to perform certain functionalities like sharing the content of the website on social media platforms, collect feedbacks, and other third-party features.
Performance
Performance cookies are used to understand and analyze the key performance indexes of the website which helps in delivering a better user experience for the visitors.
Analytics
Analytical cookies are used to understand how visitors interact with the website. These cookies help provide information on metrics the number of visitors, bounce rate, traffic source, etc.
Advertisement
Advertisement cookies are used to provide visitors with relevant ads and marketing campaigns. These cookies track visitors across websites and collect information to provide customized ads.
Others
Other uncategorized cookies are those that are being analyzed and have not been classified into a category as yet.
SAVE & ACCEPT